In Week 1, Early Down Pass Rate On The Rise

The 2019 NFL season kicked off with a bang yesterday. Of the 13 games played, nine were won by a team that scored more than 30 points, led of course by the 59-point explosion by Lamar Jackson and the Baltimore Ravens.

NFL teams were successful on 50% of their first half, early-down passes and averaged nearly 8 yards per attempt. On the flip side, the success rate on runs in these situations was just 44% and gained 4.4 yards on average, per Sharp Football Stats.

Some of the leaders here might be surprising. The top five in early-down passing rate in the first half were:

Looking at play calls in the first half on early downs is important to figure out exactly how coaches are scheming their offense. Third down play calls are heavily influenced by the defense and the distance to go and second half plays are usually reactionary to what is on the scoreboard.

Maybe these numbers are an indication that offensive play-callers are finally paying attention to what the numbers say. 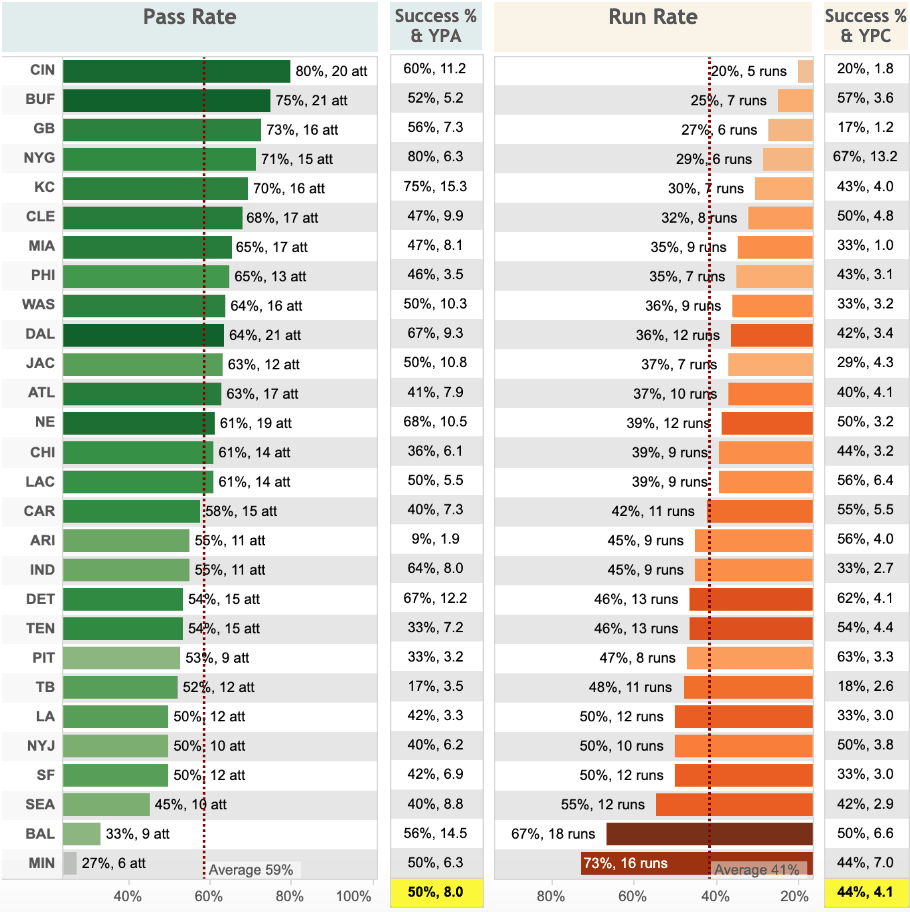