For the third straight week, our game stack options are severely limited. This matchup between the Arizona Cardinals and Seattle Seahawks is the only game on the slate with a total set higher than 45.

On the Seattle side, Rashaad Penny ($6,500) is the obvious player to roster and is on a relatively reasonable salary given his recent output (20 or more fantasy points in three of the last four weeks) and the Cardinals defensive struggles. 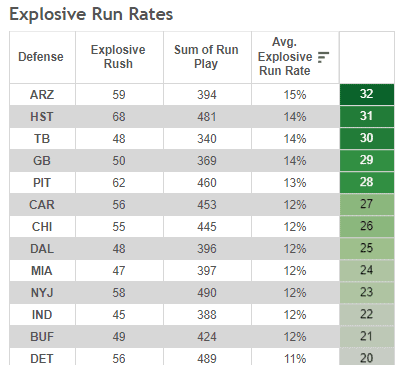 Since taking on a larger role in the offense in Week 13, Penny is tied with Jonathan Taylor for the league lead in runs of 10 or more yards (14), so he’s definitely capable of gashing this Arizona defense for some big plays.

If Penny is able to carry the Seahawks offense, that likely means Kyler Murray ($7,400) will be forced to play a significant role.

As Arizona’s run defense continues to struggle, Murray has attempted at least 38 passes in four straight games to help the offense keep up.

With the Los Angeles Rams playing in the same time slot, Arizona will not know its playoff fate prior to taking the field 一 a division title is still within reach 一 so there should be no risk of a decreased workload for Murray or any other Cardinals this week.

Though Devonta Freeman’s fantasy production has been inconsistent this year, the Pittsburgh Steelers defense is an ideal matchup for him this week.

Baltimore prefers to run the ball with a fullback on the field 一 either 21 or 22 personnel. 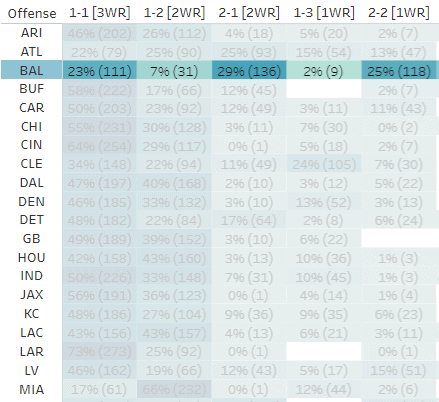 Pittsburgh is even worse in two-tight end formations, allowing the worst rate in the league (4.9 yards per attempt). Baltimore runs the ball from 12 or 22 personnel on 32% of its run plays.

There’s also the possibility Freeman plays a significant role in the passing game against Pittsburgh.

Freeman’s targets have not been reliable this season, but he did see a season-high eight against the Steelers in Week 15, contributing to his season-high 20.7 fantasy points.

Though Gabriel Davis ($4,900) is not a consistent fantasy weapon, he is a big-play threat in the Buffalo Bill’s offense and capable of producing fantasy value on limited targets.

Among receivers with at least 40 targets, no one has a higher explosive play rate than Davis (percentage of targets producing 20 or more yards). 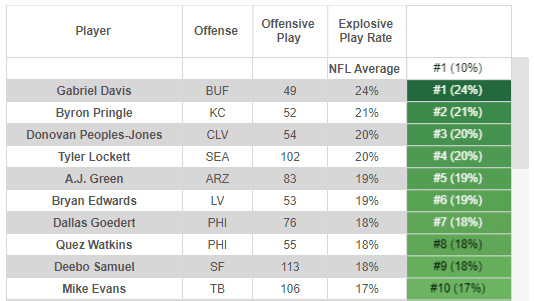 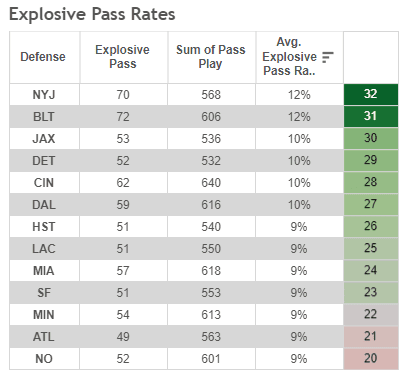 The Bills are 16-point favorites in this matchup, so don’t expect a huge pass volume from Josh Allen, but since Davis only needs one or two big plays to produce value on his modest salary, he’s still worth taking a chance on in tournament lineups.